Meeting of the scientific seminar named for Gleb V. Dobrovolsky on theoretical problems of soil science under the guidance of Corresponding Member Sergey A. Shoba

At 14th of March the Faculty of Soil Science by Moscow State University had a regular meeting of the scientific seminar named for Gleb V. Dobrovolsky on theoretical problems of soil science under the guidance of Corresponding Member Sergey A. Shoba. At the seminar the employees of the Soil Data Center of the Moscow State University Dr. Sc. Oleg M. Golozubov and Dr. Sc. Olga V. Chernova presented the report named «The Principles of construction and algorithms for calculating the World map of organic carbon stocks in a 30-cm layer of soil for the territory of Russia» dedicating the discussion of the work on constructing of the Soil Organic Carbon Global Map by FAO UN project (GSOC17). 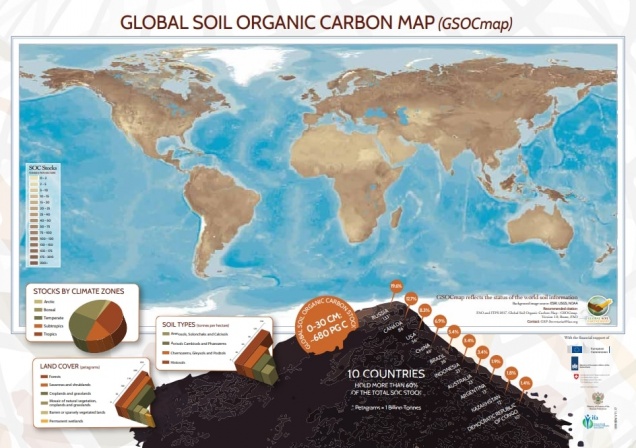 The MSU Soil Data Center acted as the coordinator of the cooperation on constructing the map for the territory of Russia. The map was constructed in accordance with the declared principles of GSOC17 program by the team of researchers on the basis of the Information System «Soil and Geographic Database of Russia» within the distributed network of soil data centers. This network is currently being formed in Russia.

Algorithms of information exchange between regional soil data centers, data filtering and information sharing in real time were tested in process of construction of the carbon stocks map.

The report caused an active discussion of soil scientists and geographers and other researchers.

Head of the seminar, Corresponding Member Sergey A. Shoba, thanked the speakers, noted the work done and the elaborated methods as an important stage to increasing the reliability of existing estimates of organic carbon stocks in soil and their cartographic description.